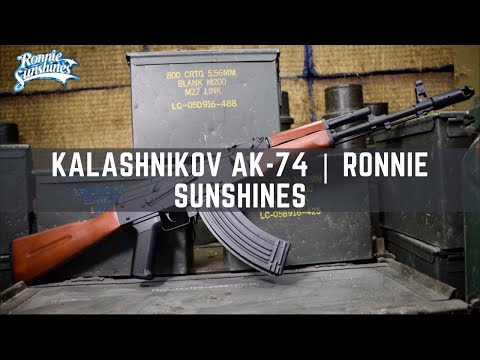 Add to this product

The Kalashnikov AK-74. The AK-74 (Russian: Автомат Калашникова образца 1974 года or “Kalashnikov automatic rifle model 1974”) is an assault rifle developed in the early 1970s by Russian weapons designer, Mikhail Kalashnikov, to replace the earlier AKM (itself a refined version of the AK-47).

The rifle first saw service with Soviet forces in the 1979 Afghanistan Conflict The head of the Afghan bureau of Pakistani Inter-Services Intelligence, claimed that the CIA paid $5,000 for the first AK-74 captured by the Mujahideen during the Soviet-Afghan war.

Today, the rifle is used by most countries of the former Soviet Union and Eastern Bloc, together with armies in the developing third-world. The AK-47/AK-74 has been produced in quantities in the many 10’s of millions, and it is said that more AK’s have been produced than all other models of assault rifles combined.

“The semi-automatic rifles will have the same dimensions as the originals, with a wooden body and weigh–in at a beefy 7lbs plus. Powered by a single 12 gram CO2 capsule which returns 40+ shots at 400-450fps, the rifles have sights that are adjustable for both windage and elevation. The magazine holds 18 Steel 4.5mm BB’s.