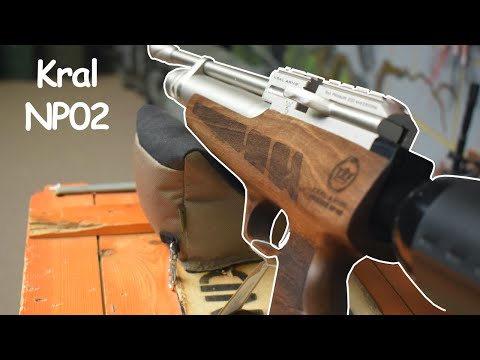 The NP02 has evolved from an action that was originally developed as a pistol, hence it's short barrel, pistol grip and the fact that it's cocking lever is on the left hand side. The addition of the massive 420cc rear bottle which cleverly doubles as a stock thanks to the tough ABS cover takes the air capacity to 530cc, enough for over 200 shots in .22 (170 - .177). There is an adjustable butt pad fitted to the stock cover that makes it easy to get comfortable and in the correct position to get the most from the NP02.

Other features include a (12 .22) or (14 .177) shot magazine capacity, a barrel screw cut to ½'' UNF to allow silencer fitting, a weaver/picatinny scope rail, integral pressure gauge, a manual safety catch and an adjustable trigger. This variant has an Aluminium Marine Carekoted Finish applied for added protection.

Air Rifle Accuracy Tips & Tricks
Peter Y.
Do you find it hard to hit right where you’re aiming with your air rifle sometimes? You’re not alone. Both beginners and advanced airgun...
Read more